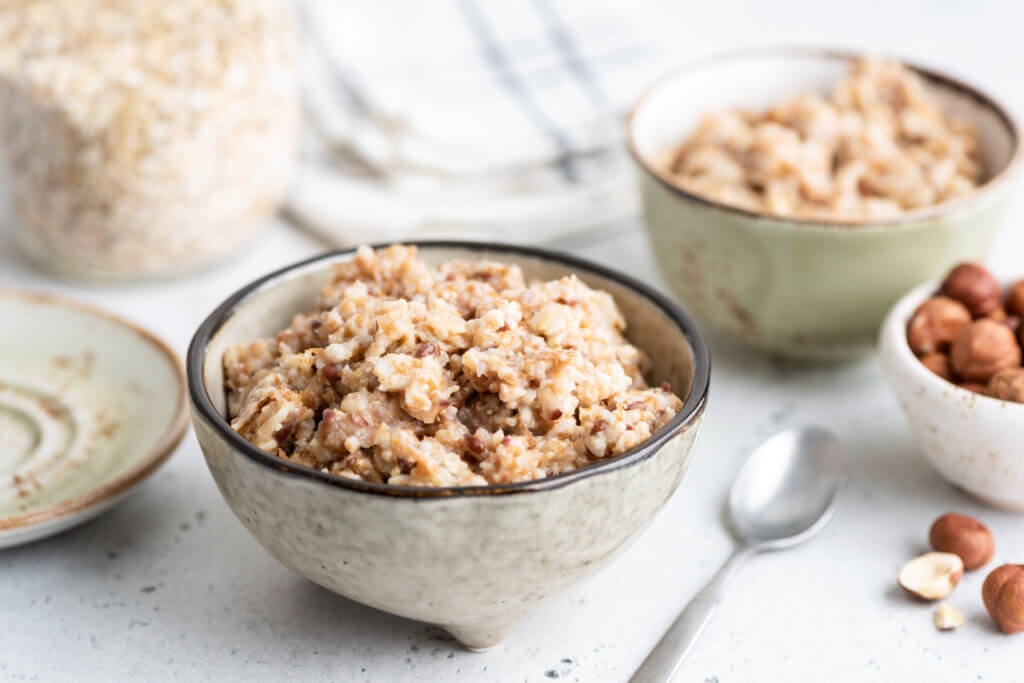 At first, fibre may sound like something negative for many people. But this is not the case at all. It has been known for many years that they are part of a balanced and healthy diet. This was not always the case: not so long ago, dietary fibres were considered worthless, as they were supposedly of no benefit to the human body. But doctors and nutritionists now know better: they are widely regarded as necessary, healthy nutrients.

What you always wanted to know about dietary fibres, we will reveal to you in today’s blog post. Especially as a healthy breakfast they are important for a good start into the day. But more about that later!

Dietary fibres are basically fibre-rich ingredients of mostly vegetable foods. In animal products they are practically not found at all. These substances are linked sugar molecules that cannot be broken down in the intestines, or often only insufficiently. A distinction is made between water-soluble and insoluble dietary fibres – both have different properties.

What are the effects of a fibre-rich nutrition?

Dietary fibres are mostly carbohydrates and are mainly found in grains, fruit, vegetables and legumes. Insoluble dietary fibres can bind water and swell up in the intestines. This stimulates digestion and helps prevent constipation, for example.

The effect is somewhat different with soluble dietary fibres. They also bind water but are broken down by bacteria in the large intestine. Thus, the fibre serves as food for the intestinal flora. On the whole, it can be said that dietary fibres are responsible for faster intestinal movement. They also ensure a longer lasting feeling of satiety, but do not cause the blood sugar level to rise as much after a meal, because they are not digested completely.

We have already clarified what dietary fibres do. But are they healthy? And what do the little intestinal helpers do?

Dietary fibres ensure a constant blood sugar level and can also prevent diabetes. This is because although foods rich in fibre fill the stomach, they provide little or no energy and therefore do not cause the blood sugar level to skyrocket. A certain fibre, which is also found in oats, for example, should not go unmentioned in this context because of its positive effect on the risk of diabetes:

Fibres are good for the digestion

As already mentioned, the consumption of dietary fibres leads to a relief of the intestine. This was the result of a study in the British Medical Journal. They help to feed the intestinal flora and lead to a generally better digestion. They also reduce the risk of intestinal diverticula, which can lead to abdominal pain and flatulence.

Another important aspect is that dietary fibres prevent cardiovascular diseases. People who consume high-fibre foods have a 24-56 % lower change of suffering from cardiovascular, infectious or respiratory disorders. Fibre reduces the cholesterol level in the blood and is therefore very healthy.

Fibre makes you feel satiated and prevents ravenous appetite, and a fibre-rich diet can help you to develop a lasting feeling of satiation more quickly. This prevents you from getting hungry again after eating and from resorting to unhealthy snacks. So, it can be assumed that fibre-rich food can help you lose weight.

Ideally, you should consume about 30 grams of fibre per day. In Germany and Austria, however, considerably less is consumed. Therefore, in the next section we describe which foods contain fibres and how you can integrate fibre-rich foods into your diet.

Dietary fibres are mostly contained in plant-based products – you will not find them in meat. The easiest form of fibre intake is probably fruit. Apples are perfect as a snack. So, the old wisdom “An apple a day keeps the doctor away” is true after all! Wholemeal pasta is also an important part of a fibre-rich diet. Those who like to eat pasta have a clear advantage here. Simply swap the “normal” pasta for wholemeal pasta – and voila, fibres!

Fibre-rich breakfast – this is how it works

However, dietary fibres can easily be incorporated into breakfast: Warm porridge, muesli, wholemeal bread, linseeds – the list here is long and, above all, delicious. With wholemeal muesli and yoghurt, you have already created a good basis. A particularly great example of a high-fibre recipe is the oat porridge with various toppings, such as almonds or linseed. A real fibre bomb!

There are endless possibilities to lay the foundation for a healthy diet already in the morning – we are happy to help you with that! With our filter function in the online shop you can easily discover the breakfast products richest in fibre. To do this, click on “Filter” on the breakfast overview and then select either “Fibre source > 3g/100g” or “High fibre content > 6g/100g”. This way you can quickly and easily find the basis for your fibre-rich breakfast.

For mueslis, soups and bakery products. It is a spelt grain, but there are... 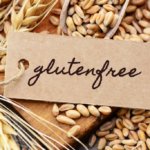 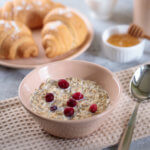 Good or bad carbohydrates - how to tell the difference 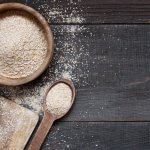 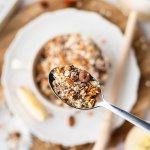 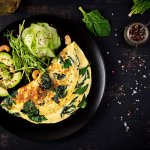 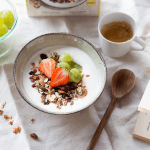 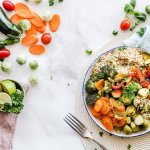