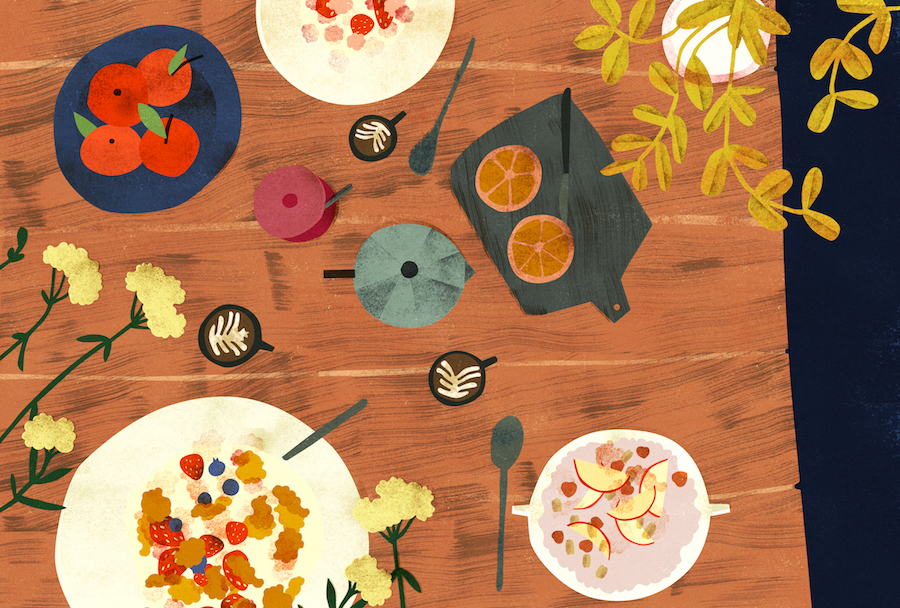 TCM breakfast – Eat like an emperor in the morning

At Verival, we love to constantly develop our recipes and we like to be inspired by various nutrition philosophies from all over the world. A diet that is getting more and more important is the 5-element kitchen, which describes the nutritional theory according to TCM.

Breakfast – actually the warm breakfast – is often referred to as the heart of TCM nutrition. The saying “In the morning eat like an emperor, at noon like a king and in the evening like a beggar”, perfectly describes the ideal extent of the meals over the day according to TCM nutrition. This ideal meal distribution can also be illustrated by the concept of the so-called “inner organ clock”.

The TCM Organ Watch – When should I have breakfast?

The internal organ clock simply states that our organs function better or worse at different times of the day. If we follow this scheme, we can support our body in its work in a completely natural way.

The stomach is most active between 7 am and 9 am in the morning. This means that food can be processed best during this time. After the stomach has made its contribution to digestion, according to TCM, it is the spleen’s turn. Its task is to convert food into energy (Qi). It works best between 9am and 11am. Exactly 12 hours later, these two organs are then in their resting phase, which indicates that you should have a light dinner.

Have breakfasts when you’re hungry

If you follow the nutritional theory of TCM, it is optimal to have breakfast exactly in this most active time, between 7 am and 11 am. Ideally you should always have breakfast at the same time every day, because our body likes routine. But as always, listen to your body. You should not eat anything until you feel a slight hunger.

If you have not had breakfast for years, but would like to change this habit, we would recommend starting with a small, easy digestible meal every day at the same time – soon you will see that you will automatically be hungry at that time.

What’s on the TCM breakfast table?

According to old science it is not only important to know when to have breakfast in the morning, but you should also pay attention to the particular food that you’re having. This means choosing meals that can be easily processed by the stomach and spleen, which again leads us back to the warm breakfast.

Warm food is already at the “operating temperature” of the body and therefore does not have to be heated up by the stomach to be processed further.

This is the case because a stomach which is strained by warming up the food cannot prepare the spleen ideally for its task. This then leads to digestive problems and can weaken the immune system. But if you treat your body with a warm, cooked breakfast, the stomach and spleen can work together ideally and build up Qi, which in TCM can be translated as “life energy”.

Breakfast according to the 5 elements

Essential for all TCM dishes is that each of the 5 elements wood, fire, earth, metal and water is contained in the form of ingredients. According to the nutritional theory of Chinese medicine, all foods are assigned to one of the elements depending on their taste and mode of action.

Sometimes it may not be that easy to prepare a warm, balanced and tasty breakfast, which is also ideally prepared quickly. Some simple possibilities include a warm porridge, an omelet or a soup.

This is how your warm breakfast according to TCM works

It doesn’t matter if you prefer a salty or sweet breakfast in the morning, if you follow these basic rules of breakfast according to TCM, you are already on the right track:

If you take a closer look at the foods that should not be missing for a TCM breakfast, you can hardly avoid on certain ingredient: Oats. Since we have already written extensively about oats and their healthy properties in another article, we only want to give a brief overview of the miracle grain from the point of view of TCM.

In general, grains are very important in TCM nutrition, as they are among the most important staple foods and are said to have a positive effect on the stomach and spleen organs. Even though grain tastes rather sweetish across all varieties, oats are the sweetest and at the same time the warmest of the otherwise neutral or cooling grains.

Therefore, having a warm delicious porridge is particularly suitable in the cold season. Since oats are also classified as the element metal, they also have positive effects on the lungs and large intestine.

Plant-based drinks instead of cow’s milk

According to TCM nutrition, dairy products should be avoided in the morning as they support the formation of mucus and are also comparatively difficult to digest. For this reason, try preparing your morning porridge with a vegetable drink such as oat milk, almond milk or cashew milk.

These vegan milk alternatives are now available in every supermarket from many different suppliers and in countless varieties. But if you enjoy doing DIYs and like to avoid packaging waste where possible, you can also try making your own plant drink.

Even if you enjoy having a smoothie in the morning, it is not very advisable to have raw foods in the morning and having a warm breakfast automatically excludes having raw food. This means that you should ideally cook all the fruit and vegetables that you’re eating in the morning. Raw food is more difficult to digest and according to TCM, also has a cooling effect on the body, which should rather be avoided in the morning.

However, there are different opinions on this point, because some people think that small amounts of raw food together with a warm dish can be tolerated well by our body. However, you should pay attention to having your fruit and vegetables at room temperature and not taking them directly from the fridge.

According to TCM, bread unfortunately should be avoided on our breakfast table. In general, foods made from flour, especially wheat flour, are difficult to digest. In addition, bread is not a warm or cooked food, which is why it withdraws energy from our digestion rather than it’s giving it energy as it has to be warmed up in advance by the body. Bread should therefore generally not be eaten on its own but should be accompanied by a cooked meal such as soup or stew.

5 advantages of a warm breakfast according to TCM

In another blog post, we have already discussed the advantages of having a warm breakfast. Here we again have the short version for you:

Warm breakfast according to TCM made easy: 3 porridge recipes from Verival

We all know it – a lavishly prepared and extensive breakfast is unfortunately only part of the routine at the weekends for most people. But that doesn’t mean that you have to do it without a balanced, warm breakfast on working days. With the three new TCM varieties from Verival, developed according to the 5-Elements teachings, your TCM breakfast is ready to be eaten on your breakfast table in just a few minutes.

But how does that work? It is actually very simple! We have already combined all the ingredients required for a balanced dish according to TCM nutrition theory in our porridge mixtures. This means that the composition of the ingredients has been chosen so that each of the 5 elements wood, fire, earth, metal and water is represented in a balanced way. Let’s take a closer look at our three new varieties:

Everyone who tends to get cold feet and hands, might like the new sour cherry-cocoa oat porridge. As already mentioned, this grain has a warming effect on the body, as well as many other positive properties.

The oat porridge is vegan, contains a lot of plant-based protein and can also be prepared in just a few minutes. Simply pour hot water, milk or – we recommend – a warm oat drink over the porridge mixture and let it steep for 3 minutes.

If you sometimes need a little longer in the morning to get your balance, we can recommend our gluten-free rice porridge with coconut & orange. According to TCM, rice has a harmonizing effect on our body and is also easily digestible.

In order for the rice to become really soft, you should let this porridge steep for at least 8 minutes. This time can easily be used for a short meditation, oil pulling, some yoga exercises or journaling.

Our slightly cooling apricot strawberry spelt porridge is perfect for the warmer months of the year or simply for all the hotheads among you. Thanks to the fruity taste of its ingredients, the porridge is without added sugar, vegan and a high-quality vegan protein source.

Just like the oat porridge, this porridge has to swell for only 3 minutes after mixing it with – depending on your taste – water, milk or vegetable drink and is therefore ready to eat in an instant.

Got curious? We would be delighted if you could tell us on Facebook or Instagram whether you’ve already tried the new TCM porridges. 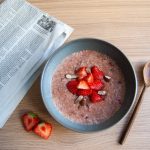 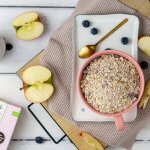 How healthy porridge really is 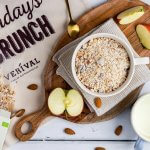 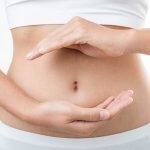 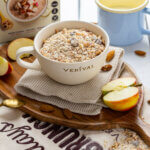 Macronutrients - what you should know about them 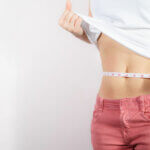 BMI formula - how to calculate the Body Mass Index 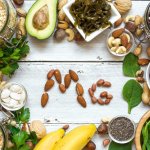