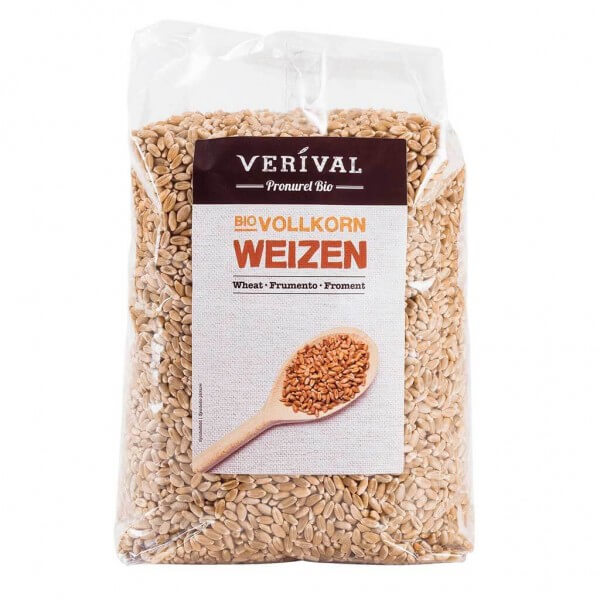 The most prevalent cereal on earth.

We accept the following payment methods:

Cereal grain consists of three main parts: the husk, the endosperm and the germ. The husk, the surface layer of the wheat grain, is composed of the aleurone layer, the episperm and the pericarp and forms a protective layer for the endosperm and germ. The dietary fibre, minerals and vitamins are concentrated within the husk. The endosperm principally contains carbohydrates in the form of starch (the greater part of the grain). An important constituent is gluten (in the case of wheat flour, responsible for its baking characteristics). However, there are few minerals and little fibre in the endosperm. The germ forms the smallest element of the grain, yet is rich in valuable vegetable fats and protein.

> May contain traces of nuts, lupines, sesame seeds and soy.